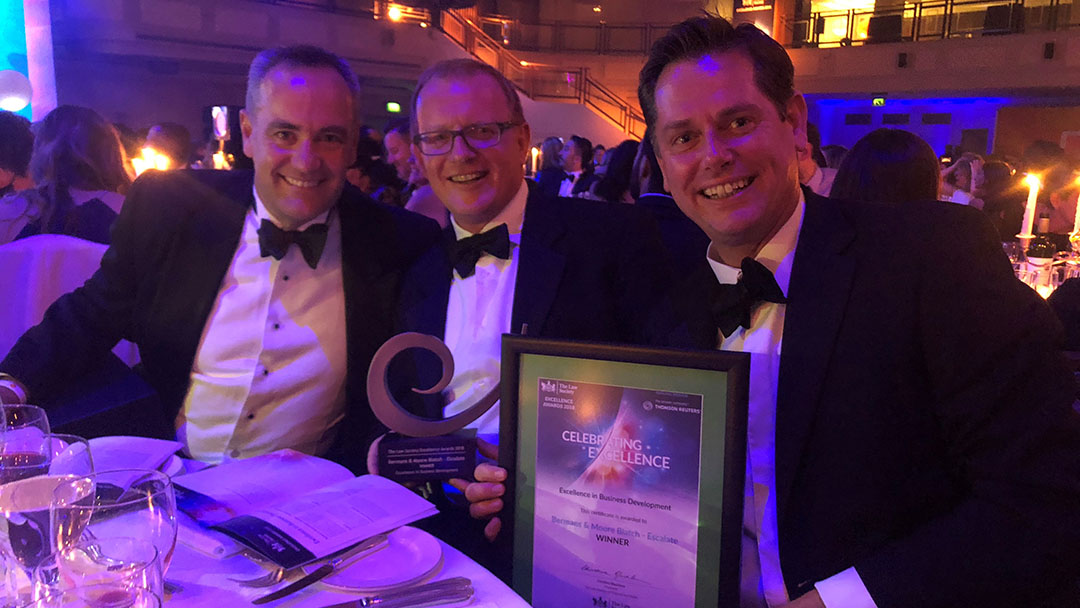 Escalate was awarded ‘Excellence in Business Development’ at the Law Society Excellence Awards 2018.

This latest recognition completes a unique grand slam of major awards for Escalate, which was also named ‘Innovation of the Year’ at the British Accountancy Awards and ‘Best Collaboration Initiative’ at the Lawyer Awards.

Chris Clay, managing director of Escalate, said: “We’re all incredibly proud to have been recognised by both the legal and accountancy professions in three major areas: innovation, collaboration and business development.

“Completing this grand slam is a unique achievement – nobody else has won a hat-trick of awards across the main professional services disciplines in 12 months – and a reflection of the genuinely pioneering approach that we’ve developed.

“This is backed up by the demand that we’re seeing from businesses for the Escalate process – we’re already helping clients to recover more than £40 million that is locked up in commercial disputes and, through our ever-expanding network of partners.

“We want to thank all of the Escalate partner firms for their role in making this historic achievement at the Law Society Excellence Awards a reality.”