What is a Part 36 offer, and how are they used during the dispute resolution process? 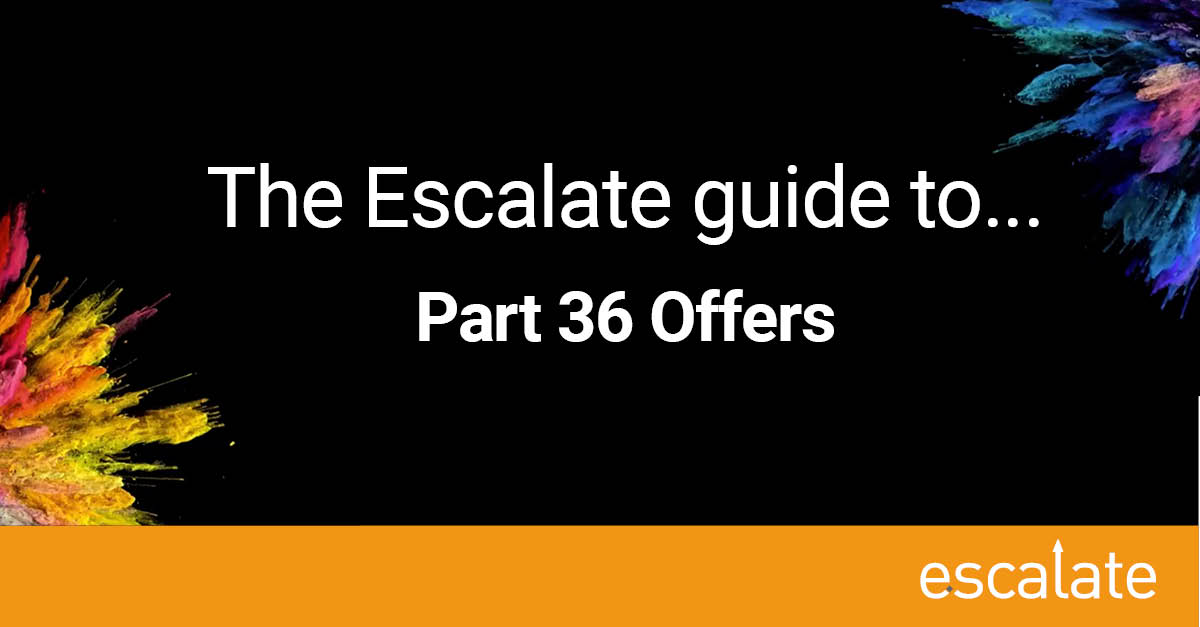 A Part 36 offer to settle can be made during the dispute process by either the claimant or defendant. They can also be made in appeal proceedings, or prior to the commencement of court proceedings.

Part 36 offers can be made in respect of both money (including claims for provisional damages) and non-money claims, and can relate to the whole or part of the claim, or in relation to an issue that arises. They must also comply with the strict requirements of Part 36 of the rules of court, hence its name.

It’s a strategic move to avoid the time and hassle associated with court proceedings, and is a commonly used tactic by Escalate during negotiations.

Part 36 offers must be genuine offers to settle, and be made ‘without prejudice except as to costs’ – in other words, it cannot be referred to the judge until the conclusion of the matter. Once a case has been decided, the Offer can be used to assist with determining how much the unsuccessful party should be ordered to pay towards the winning party’s costs.

When used strategically as part of the dispute resolution process, Part 36 offers can often focus an opponent’s mind and put pressure on them to settle. It is likely to increase the risk of proceeding with the litigation for the opponent, and may facilitate reaching a commercial settlement later in the process.

Most commonly, Part 36 offers can help to avoid the time and extra incurred costs involved with concluding a case via court proceedings.

There is nothing to prevent a party to a dispute making an offer to settle it in any way it chooses. In fact, there can be costs, interest and tactical advantages in making a formal offer to settle which complies with the rules of court.

What happens if the opponent doesn’t accept?

The opponent is at risk with regards to paying extra costs and interest if they are subsequently awarded a lesser sum, following the conclusion of Court proceedings. In this case, the Court would order the opponent to pay your costs, from the date when the relevant period of the offer expired, plus interest.

If the opponent rejects the Part 36 offer, but later obtains a judgement at the end of the trial awarding them a higher sum than the sum originally offered in the Part 36 offer, the Court will order you to pay their costs plus interest on an indemnity basis.

How can a Part 36 offer to settle be made?

Once your case is engaged with us, the Escalate team can draft and make a Part 36 offer to settle on your behalf, and will always advise you on the best course of action according to your individual circumstances.

The basic rules as a claimant making a Part 36 offer to settle are as follows:

Escalate has successfully used Part 36 offers to resolve numerous wide-ranging disputes, and recover money owed to our clients. To find out more, download the Escalate Guide to Part 36 Offers or view the other ‘Escalate Guides to dispute resolution’ here.

If you’d like to get in touch with one of the Escalate team to discuss a commercial dispute, please contact us on 0207 039 1950 or email us.